Israel Ceasefire in Gaza fairly predictable, the assault has gone on for a sufficiently long time to serve most political objectives of the warring parties.  As such it is a sustainable halt to hostilities, repeating the cycle we’ve seen numerous times in the past. There are two fights going on here, on is technological and the other political. Israel have struck Hamas very harshly, depleting its stockpiles and damaging its infrastructure.  It has also demonstrated its technological capabilities to defend Israel from rocket attacks (for the most part) — Hamas were not able to overwhelm Iron Dome despite their best efforts.

UK Boris seems to be responding quite well to treatment, which is encouraging.  The media debate that his temporary removal created a power vacuum and compromised decision making just misunderstands how Cabinet government works and was just a complete non-story chased by journalists fatigued by the Covid echo-chamber. Real question is how do we exit the current lockdown situation?  Cabinet is discussing this today and it’s expected we’ll see the initial three week period extended through to the end of the month.

Trying to look beyond to what the day after looks like is important, particularly at a political level.  Will it be a blow or a boost to the populists? In the US, France and Germany it looks like it will be a reminder to voters of the damage populists can do.  There is a broad feeling that serious government is required.

Does populism pose a risk to markets in 2019?  Yes! but not from the expected quarter. 2019 brought a surprise on the European front.  The support for traditional parties has been plummeting for a long time.  We call this the European souffle where support for the centre ground continues to cave over time.  Populist parties gained 20% or more of the vote in many national elections this year, thought there were signs of their vote stabilising in the most recent polls.

The UK election campaign will be one of two strategies.  The Tories will build their case around their Brexit deal while Labour will try and create a narrative around the future for Britain over the next five years (trying to move beyond their promise to renegotiate and offer the deal to the electorate via a second referendum which is likely to be on the manifesto).

The collapse of Spain’s centre-left government has sounded the alarm bells. The country will now go to the polls in April, its fourth election in eight years. However, this does not mean populist parties are about to take over.

A deal to suspend development of Iran’s nuclear programme might avert a more immediate showdown, but it will leave few… 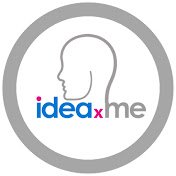